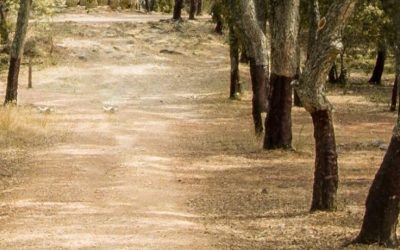 The message-bearing birds had been flying non-stop for two days. Both carried the same dispatch tied to one leg. Since the end of the planet due to unchecked global warming, carrier pigeons were the only way to communicate between arks. LJ was working on the upper deck of the ark of seeds, affectionately known as the doomsday ark (now home to the entire biodiversity of earth), when he spotted them.
“Annie, two carriers are headed our way. Can you get some food and water for them,” he shouted.
The pigeons landed weary, hungry, and thirsty. It was thirty minutes before LJ could remove the message from one.
“We need to rendezvous with Destiny in about forty-eight hours. We’re going to have to move fast to get there on time.”
They navigated through the night, something not generally done since arks are powered by solar propulsion. Due to 500 plus days of rain that ended life on earth, capturing the sun’s energy was rare, so stored solar was seldom used. Two days later, the command ark, Destiny, and interestingly five construction arks, all linked together with bamboo bridges, came into view. Within their midst was an astonishing sight. It was a floating platform about a quarter-mile in size under construction. The couple used their rowboat to get to Destiny and, once onboard, was greeted by Gabriel, humanity’s leader. With him was Phan, Ravi, Ayo, and Amira, all managers of construction arks.
“It is wonderful to see you again and so soon after the Gathering,” he said. “Thanks for coming on short notice. As you see, we are working on a project. I’ll let Amira explain since she manages the ark of cork.”
Amira motioned the group closer to get a better view of the project. “We are building a forest. To guarantee the proliferation of the animals and plants that have been saved we are creating an environment as close to nature as possible. What you see here is the floor of the forest which we are constructing out of cork. The oak trees that produce cork bark were around for millions of years due to their natural regeneration and innate strength. The bark makes for a highly sustainable building and flotation material.”
Ravi added, “Cork’s honeycomb structure is full of empty cells, making it lightweight and low density. This means it floats on water. It is flexible and shock-resistant, so as we are building the forest on it, the plants are less likely to topple over. And, to further prevent that from happening, we are creating hydroponic planter boxes made of cork with ring and stake contraptions for stabilizing the trees.”
“We have cork oak acorns, so we can start the gemination process right away,” said LJ. “It will take about forty-five days before they are ready for planting. Just let us know how many you want.”
“I’m beginning to understand the urgency,” mused Annie. Nearly all the arks have trees, and many have cork oaks. This is good news because it takes these trees twenty-five years of growing before its virgin bark can be harvested, and again every nine years following. One tree can generate new bark up to thirteen times during its 150–250-year lifespan.”
Phan excitedly added, “There is remarkably little processing involved in the extraction of cork bark. Once it is ready for building, it lasts for several decades. Cork is a renewable resource known for its elasticity, resilience, and impermeability. No other material recovers from contraction, expansion, and punctures the way cork does.”
Ayo motioned at the floating platform, “That’s right. What you see is our first batch of harvested cork bark. It went through a six-month drying process, and now the planks are ready to be attached. Based on our calculations, we can create miles and miles of forest floors with our current supply, but because we plan to create thousands of forests, we need to grow more trees now.”
Gabriel looked out on the water, “It is important to remember, cork oak forests were once known for sustaining some of the highest diversity of plants on earth. A hundred years from now, when the waters have finally receded enough for life to begin again on our planet, the hundreds of cork-floor forests we built can drift down until they finally reconnect with earth. It will be humanity’s opportunity to start over.”

Annie and LJ are a fictional couple introduced on the Healthy Healing Eats blog in January 2020. Their storyline promotes healthy eating and earth-friendly practices.