Sauced!
Blog
Comments Off on Sauced! 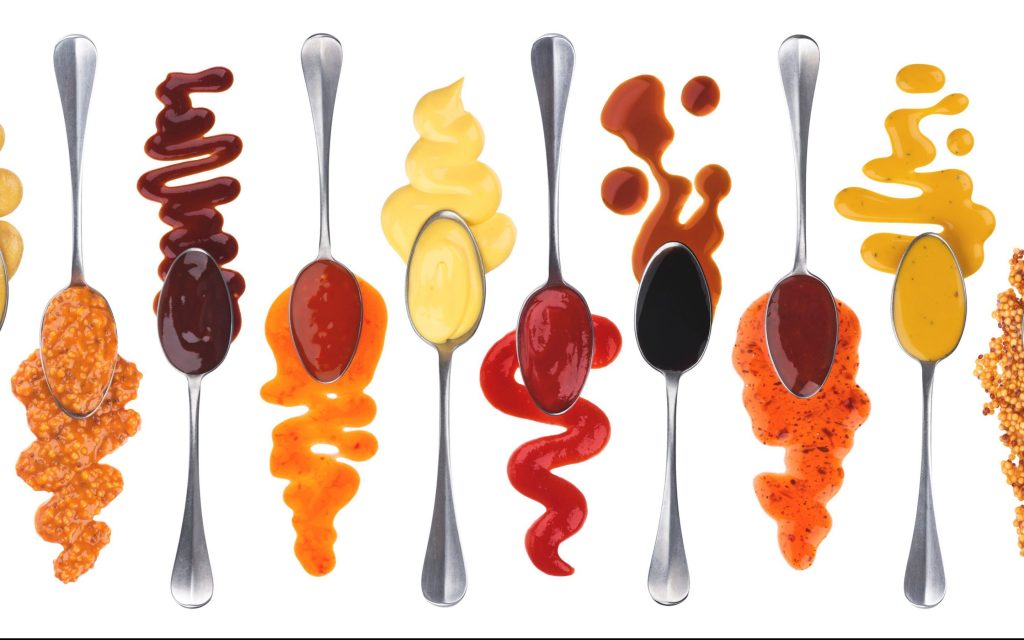 Several years ago, I went to a fantastic 4th  of July celebration in Houston, Texas.  The family had an outdoor grill that was enormous.  Every meat, fish, vegetable, including pineapple, was on the grill.  The food was amazing!  One of the smart ways they pulled the whole eating experience together was the barbecue sauces.  There were several kinds, each a complement to the other.  So where did BBQ sauce come from and why is it so popular?  Here’s history.

About 1.8 million years ago our human ancestor began cooking meat with fire.  Following, it was discovered that smoking to preserve meat would guarantee easy transportation and food for several days.  To restore meat to its natural state, soaking in water was the solution.  Eventually, it was learned that the taste of the meat was enhanced with the addition of salt to the water.  Gradually other herbs were added for their taste and preservation abilities. One experiment led to another, and sauce was created.  The addition of flavoring to food traveled around the world, from the Chinese in 239 BC when Chef I Yin describes the harmonious blending of sweet and sour into a sauce to the great Roman cookbook, Apicius written in the 5th century which had hundreds of recipes for sauces.

Exactly when Barbeque sauce was created is unknown, but at the end of the 15th century,   Christopher Columbus brought to Europe, a sauce used on cooking meat by the Taino people who lived on the island of Hispaniola. There is evidence that Europeans learned the art of slow cooking meat by Native Americans.  In a travel diary by Frenchman Jean B. Labot in 1693, there is a description of a barbecued hog basted in butter, cayenne pepper, and sage. This recipe and technique of basting are primarily credited to the enslaved people and Creoles in the French West Indies.

Today there are hundreds of regional bbq sauces, each with their own yumminess, most notably Kansas City, St. Louis, Memphis, and Texas.  Many of the American sauces are rooted in sauces that originated in North and South Carolina.  African enslaved people are recognized for popularizing the development of American Barbecue and by creating a “mopping” sauce consisting of vinegar, ground black pepper, and hot chili flakes.  Scottish settlers are credited with a  Vinegar and Pepper sauce too.  The Mustard was created by German immigrants. In the 1990s Light Tomato was made, and although it doesn’t have Carolina roots in the late 90s, Kraft Foods introduced Heavy Tomato.  The first commercially produced tomato based bbq sauce was by Louis Maull in St. Louis in 1926.  The first nationally distributed barbecue sauce was in 1951 by the Heinz Company of Pittsburgh Pennsylvania.