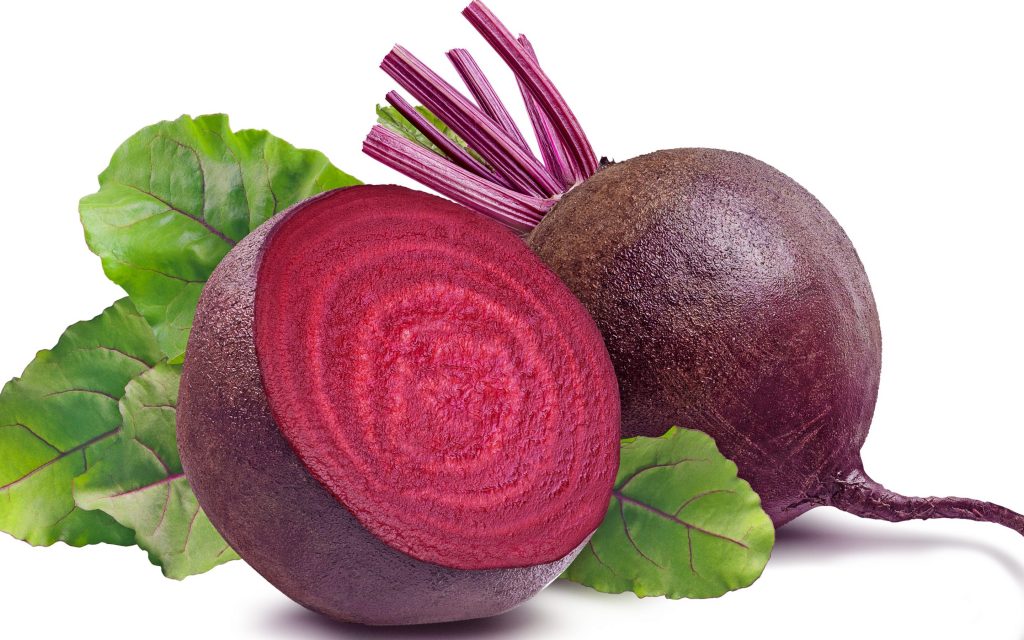 You can’t beat beets for their fantastic number of essential vitamins and minerals.  From their tops to their roots, they are a powerhouse for daily doses of vitamins A, the B’s, potassium, iron, copper, manganese, and magnesium.  A half a cup of boiled beets is only 37 calories!  How could you not like that?  Well, let’s dig in starting with a little history.

There is documentation that describes beets as far back as 300 BC.  Ancient Greeks cultivated beets for their leaves, and used the roots as sacrificial offerings.  Romans utilized the roots medicinally.  In the 1800s French chef’s began roasting and offering the bulb on their menus.  Over a couple of hundred years, the long thin beetroot, (like a carrot) eventually evolved into the ruby bulb we know today; although beets can also be yellow, white (grown for sugar) and red & white stripped.

Beets are rich in nitrates, which the body converts to nitric oxide, a compound that dilates and relaxes blood vessels, lowering blood pressure and increasing blood flow to the brain.   Beets are high in fiber; half soluble and half insoluble, which contributes to weight loss by lowering cholesterol levels.

Beets are known for a class of powerful antioxidants and anti-inflammatories known as betalains that battle chronic diseases such as obesity, heart disease, and cancer.  Betaine, an amino acid has proven to help prevent and reduce the accumulation of fat in the liver; helping to improve function and reduce size.  Currently betacyanin the pigment that gives beets its red hue has shown to protect against carcinogens and is being studied to determine its ability to combat cancer.

Beets are good for most of us, but for about 10-15% of people who eat beets, they will experience a condition known as beeturia (reddening of the urine).  This is a harmless condition seen in populations which are genetically unable to break down the betacyanin pigment.