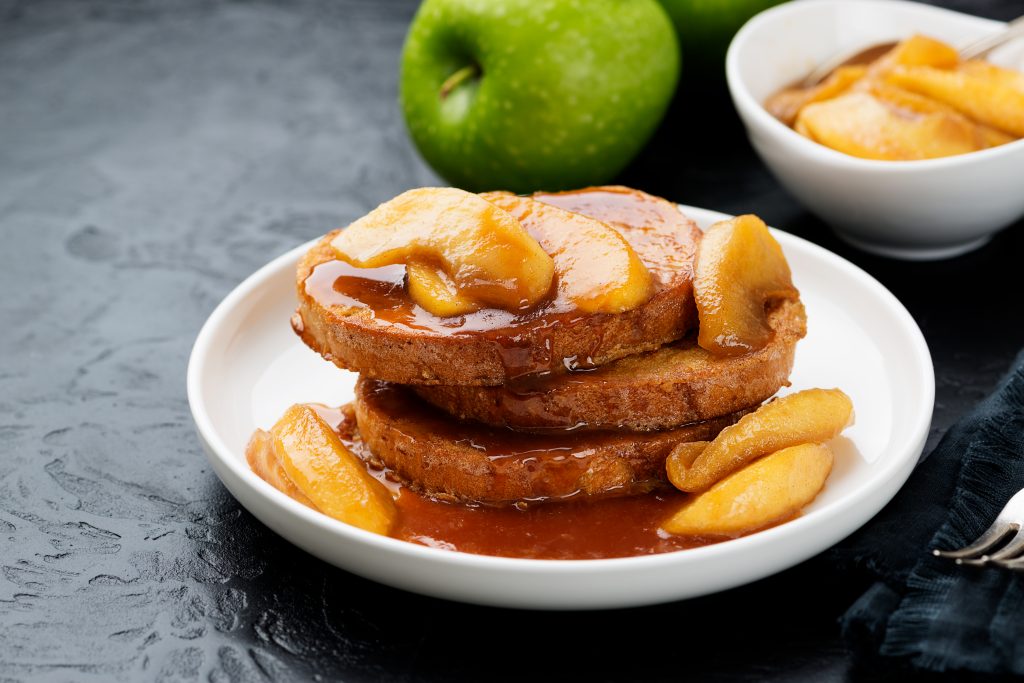 A chilly morning calls for french toast. Topping it with cinnamon green apple gives it a tart sweetness that amps up this recipe in the delish department.

It’s important to not soak the bread too long-it will fall apart. 15-30 seconds is just fine. Don’t heat your pan too high. You want to let the bread get a nice crispy edge, but not burn. Enjoy.

2 tablespoons vegan butter or coconut oil (any oil will do if you don’t have either of these, but vegan butter tastes best!)

Blend well for about 15 seconds.

Put the mixture in a 9″ x 9″ baking dish or wide mixing bowl.

Place 1-2 thick slices of bread in the container and allow to soak for about 30 seconds.

Meanwhile, begin to heat a wide non-stick skillet (or cast-iron skillet) over medium heat and add the vegan butter.

When the “butter” is melted, add 2 pieces of the soaked sourdough to the pan and cook for 3-5 minutes or until golden brown on the bottom. Flip the bread and cook until the other side is golden brown and a little crispy.

Remove from the heat and serve immediately with the cinnamon apples, maple syrup, and a little more vegan butter.